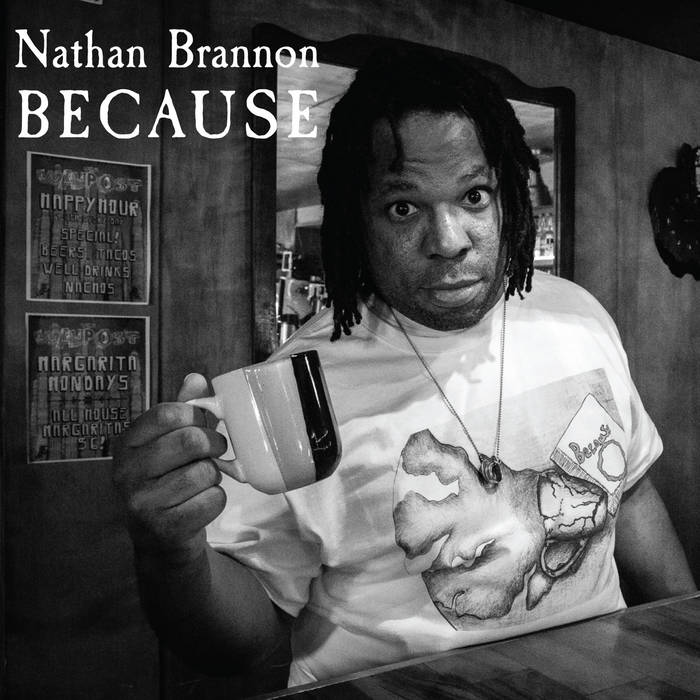 मानस Nathan, I'd like to apologize for failing to spell your name properly.

I searched for 'Nathon Brannan' or something =^)

Nathan Brannon pisses me right off. He makes stand-up look so effortless. Great stand-up is a real manipulation - not the negative kind that gets you to stay with a boyfriend who won't stop borrowing money from you. Great stand-up is a manipulation more akin to your grandmother gently placing a hand on your shoulder and talking you into that second piece of pie you already wanted. Except in this case, the pie is laughter.

The first time I "figured out" stand-up, I was furious. I felt tricked. In the early 2000s, having not been a huge comedy fan, and no idea I would ever stand in front of people at all, I went to see Patton Oswalt in two different towns in the same year. And at the second show, he told some of the SAME stories. I remember feeling so confused, thinking, "I thought that story was just for US. On OUR night." I was so naive at the time I really thought comics were telling different stories each night. I'd been duped. Ever since then, I've known that this effortless way in which a comic can pass off a story as fresh and honest each time is a quality belonging to only the greatest among us.

Nathan Brannon has this quality, and it really makes me mad. Envious mad. His storytelling is so breezy, the punchlines take you by surprise. Once he reels you in, the laughter isn't a choice. He's like snuggling up by a fire and listening to your favorite non-creepy uncle. We all have a creepy one, right?

Nathan's stories, while delivered with all the comfort of a cup of hot cocoa, are anything but frivolous. Having lost his own father and become a father to another person in the same year, Nathan's observations have grown even more meaningful, personal, and meatier. The ease of delivery is the same, the punchlines are all there, but the shit got real.

When I asked who the audience was for this album, Nathan said, "The first half is for white America and the second half is for people of color." The mark of a great comic is delivering your experience in a way that people who are nothing like you can digest. And not just digest, but take home and keep close, in that place inside of us we all visit when we need compassion, and community. Listen to both halves, and then listen again. You probably missed something important the first time while you were busy laughing.

Nathan's wish for this album is that his son, now just under a year old, will listen in twenty years and feel proud. He will, Nathan. We all do.

Bandcamp Daily  your guide to the world of Bandcamp

cktrl talks about heartbreak and his new record 'Robyn'